How to scale up a small sketch to a large painting

When working on a very large canvas in a normal-size room, I start with a smaller sketch (either in oil or graphite) and scale it up. There just isn’t enough space to stand back far enough to draw directly on the canvas.

I realize many artists are math-phobic, but there are times when an eensy-weensie bit of arithmetic can save  you a lot of work. I'll try to make this painless.

The first step is to work out whether the aspect ratio of the sketch is the same as the canvas. This is the proportional relationship between height and width.

Sometimes this is very obvious, such as a 9X12 sketch being the same aspect ratio as an 18X24 canvas. But sometimes, you're starting with a peculiar little sketch drawn on the back of an envelope or something. You can use a trick you learned back in elementary school.

Remember learning that ½ was the same as 2/4? We want to force our sketch into a similar equivalent ratio with our canvas.

Let’s assume that you’ve cropped your sketch to be 8” across, and you want to know how tall your crop should be to match your canvas. 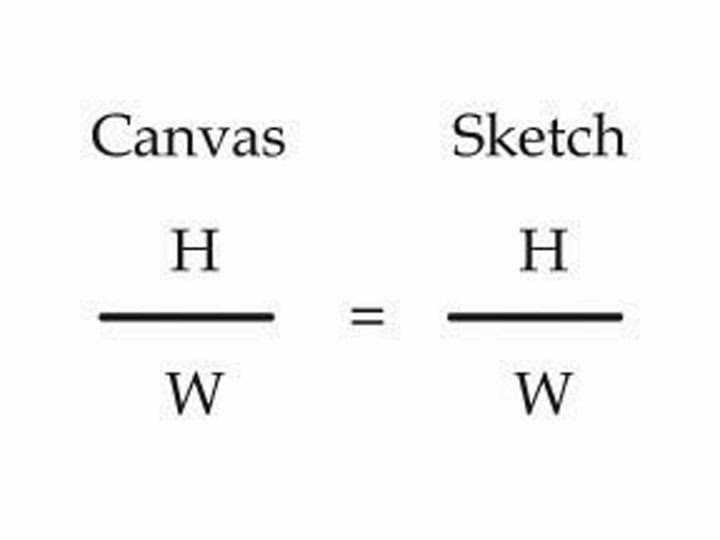 Write out the ratios of height to width as above. 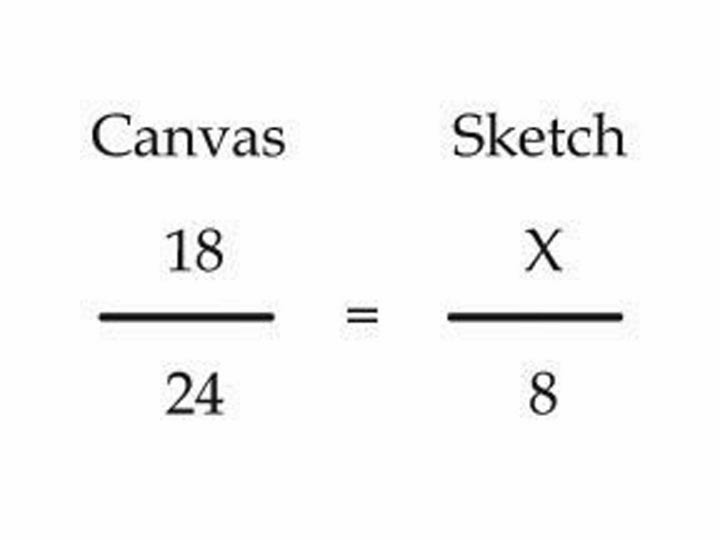 To make them equivalent, you cross-multiply the two fixed numbers, and divide by the other fixed number, as below: 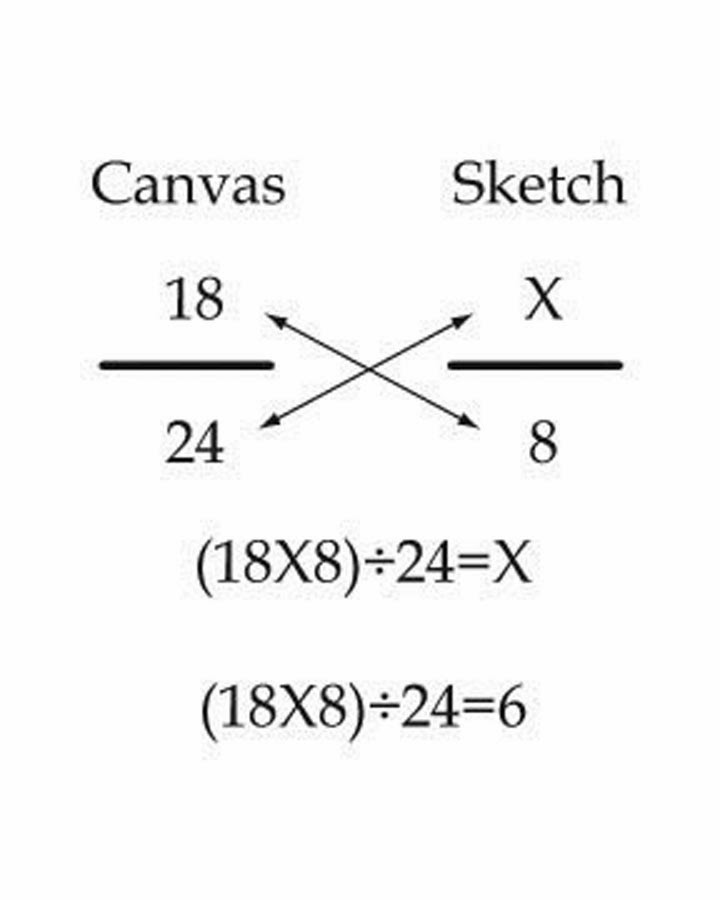 Use your common sense here. If it doesn't look like they should be equal, you probably made a mistake. And you can work from a known height as easily as from a known width; it doesn't matter if the variable is on the top or the bottom, the principle is the same. 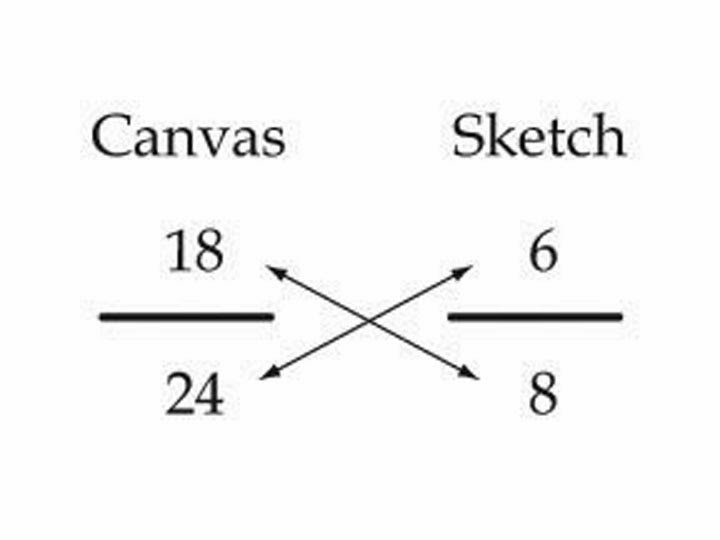 The next step is to grid both the canvas and sketch. You could spend a lot of time calculating the distances, but I prefer to just divide it in quarters in each direction. I use a t-square and charcoal, and I’m not crazy about the lines being perfect; I adjust constantly as I go.

The last step is to transfer the little drawing, square by square to the larger canvas. I generally do this with loose paint, in raw umber. It’s time-consuming, but with big paintings it saves a lot of work in the long run.

Let me know if you’re interested in painting with me in Maine in 2014 or Rochester at any time. Click here for more information on my Maine workshops!
Posted by Carol Douglas at 4:59 AM