In the last year, I’ve dragged home a tractor, a dog, a pickup truck and a boat. My poor husband doesn't know what hit him.

A year ago, Jane Chapin, Kellee Mayfield and I were gassing up our cars, getting ready to make a midnight run across Patagonia to catch a plane for Buenos Aires and eventually home. It took a while for us to realize that we were all bringing the microscopic parasite Giardia duodenalis with us.

I've dragged home a number of other things since then—a tractor, a dog, a pickup truck and a boat. My poor husband doesn't know what hit him.

“People are going to take you for a native,” a friend teased. Hey, junk in the side yard is the heritage of my people, too. I’m from Buffalo. 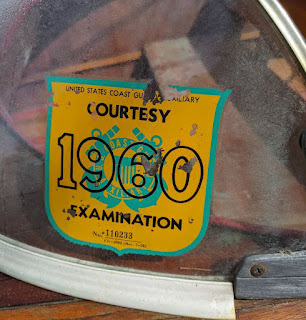 I picked up the little boat at our family farm last weekend. It’s a 1946 Penn Yan Swift. My father shoved it in the back of the hayloft around 1965. He then ignored it.

After all, he had a beautiful, deep-keeled wooden sailboat that he far preferred. She was old but fast and graceful. The head was strictly for show; being the only female onboard, I did not appreciate the need to pee over the side. There was a tiny icebox, but that didn’t matter. My father couldn’t cook.

Then my older brother and sister died in their teens. My mother fought back from her grief; my father never recovered. Thereafter our trips were only short-term, on rented boats, or with friends. For me, that was another blow, because there is nothing I have ever liked more than being out on the water.

The Penn Yan belonged to an earlier time in my father’s life, before he’d had a wife and six kids and a working farm. Prior to pulling it into the yard here on Sunday, I’d never seen it with its cover off. But something had to be done with it.

My first surprise was seeing our old dinghy balanced on top. When we were very small and useless as deckhands, Dad would tow us in it. It was probably the only way he had any peace and quiet. A good dinghy is useful and I’m glad to have it.

Everything is shipshape and Bristol fashion, as if he'd intended to take her out again the next weekend. Even the red rubber floor mats were there, although they’ve decayed into dust. A spare steering spool was carefully labeled in my father’s distinctive handwriting. 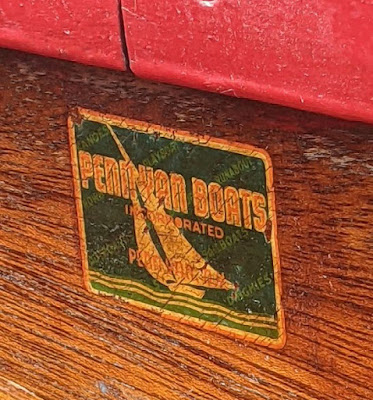 It was touching to see his things put away with such care. After John and Ann died, despair rendered him chaotic. He’d lay tools down and lose them and go buy more. His workshop was a mess. But in a prior time—before life ripped him apart—he was a meticulous and methodical craftsman.

I think about his last years a lot. I keenly remember the Slough of Despond and I never want to go back there.

“What do you plan to do with her?” people have asked, just as they asked me what I’ll do with the 1941 Ford 9N parked next to the garage. I understand the boat better than I do the tractor, but in both cases, I expect I’ll buff them up, use them a few times, and then spend the rest of my life tripping over them. Both have been around longer than me. If I have any say, they’ll both outlast me.

Posted by Carol Douglas at 4:47 AM

Carol you could host a wonderful painting class with your tractor, truck and boat as subjects. I love that you went back for these precious things. You may breathe new life into them or leave them be and admire them for their beautiful craftsmanship and nostalgia. Either way, your dad must certainly be smiling.