Meme of the Day—Kim Jong Il Looking at Things 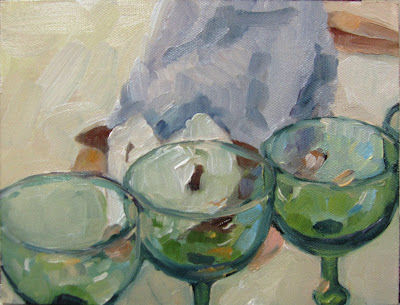 Kim Jong-Il Looking at Things is my current favorite blog. I suppose it amuses me because it reduces a frightening, insane tyrant to an object of ridicule. (I sure hope he doesn’t see it and melt half of in response.)

Much of the time, he’s wearing a grey-and-lavender parka similar to one my dad used to wear. I assume they have no heat in and his factotums freeze during these photo ops, but, hey, he’s the dictator.

It dawned on me that in his parka he looks just like the opossum who was camping out in our basement, so that’s how I painted him. Used Abi’s “pet” opossum because the live one has been relocated to public housing elsewhere in the county.